I’ll be the first to admit that I’ve been unable to complete either the original Witcher or the Witcher 2 due to a combination of hating the combat systems and extreme laziness, but I played the first few hours of Witcher 2 and then saw a friend of mine play the last thirty minutes so it’s basically like I beat it.

Anyway, I’m hoping the Witcher 3 will finally be my bag so I’ll be able to give the franchise the attention it deserves and, based on the gameplay I’ve seen of it so far, it definitely seems like that’ll be the case. Further solidifying this notion is CD Projekt Red’s dedication to releasing badass trailers for the game and the one they released a few hours ago is no exception. Revealed to be the opening cinematic for Witcher 3, the trailer, which is titled “The Trail”, features Geralt tracking someone down using a trail of clues that are made apparent through flashbacks of prior events.

In one of the flashbacks some huge jerk is shown cutting off the head of a girl’s horse in order to halt her forward progress and she responds by somehow using a crow to blow a hole in his fucking head. I dunno. But you should probably just watch it.

This is a bit of a weird one. Some rumors from earlier in the week were confirmed when Rockstar announced yesterday that Grand Theft Auto: San Andreas would see a slightly updated re-release on Xbox Live October 26th, just in time for the game’s tenth anniversary. I say “slightly updated” because it really only seems to have bumped up the resolution to 720p, added achievements, and increased the draw distance.

The Xbox originals version of the game was removed from the marketplace to make way for the updated release but previous owners of the Originals version will still be able to download and play it. That said, they will need to purchase the new version if they want the added features.

There’s currently no word on the updated version of San Andreas hitting platforms other than the Xbox 360.

And… Wait… This just in. I’m getting word that Red Dead Redemption is rumored to finally be getting the hotly anticipated Wii version sometime later this year.

As an avid lover of all things RPG, I am ashamed to admit that, contrary to what I imagine many EA haters and gaming elitists may believe about the current state of AAA games, I think Dragon Age Inquisition might turn out to be the best in the series. The original Dragon Age is damned great, don’t get me wrong. After all, it was the last old school Bioware game before they went and made two Mass Effect themed shooters (the first Mass Effect was a pretty legit RPG, complete with bad combat and everything) and an MMO sequel to Knights of the Old Republic. That said, Dragon Age Inquisition is shaping up to be even better than the first in just about every way

Just peep this nearly hour and a half live stream the developers put on earlier today which heavily features an in depth look at character creation and some previously unseen environments.

The character creation tools appear to be some of the deepest in recent memory and, while that alone certainly does not make a great RPG, it is an excellent sign of their devotion to a unique, story experience driven by player agency. You know, that age old RPG promise that your decisions in the world will deeply effect your personal in game story. It’s always been one of the signs of a good RPG, in my mind.

Definitely watch that live stream in order to get an idea of just what makes Dragon Age Inquisition worth watching as it nears its November 18th release.

I’m absolutely failing at my self appointed position of obnoxious cynic as of late. But there is just far too much cool shit coming out for me to allow my duty to get in the way of pure, red blooded honesty. And, honestly guys, I’m super fucking stoked for the Master Chief Collection. Yeah, I’m aware of its nearly pointless existence aside from filler material until the next major entry in the Halo franchise can be released, but it legitimately seems like Microsoft and 343 are trying to do right by actually putting a lot of work into it.

The trailer above just shows the visual overhaul on the cinematics in Halo 2 Anniversary and, man, they straight up shattered my rose tinted nostalgia goggles. Honestly, I was under the impression that the studio would likely try to keep the visual style of the original in order to perhaps preserve some of the old school (or, well, old-ish) gaming charm but nah. They went all out instead and I’m extremely pleased that they did. Blur Studios, the company responsible for the beautiful cutscenes in Halo Wars, are reportedly in charge of these too, and it shows.

It’s just too beautiful. I’m softly weeping just like ten year old me did for the original version of Halo 2. 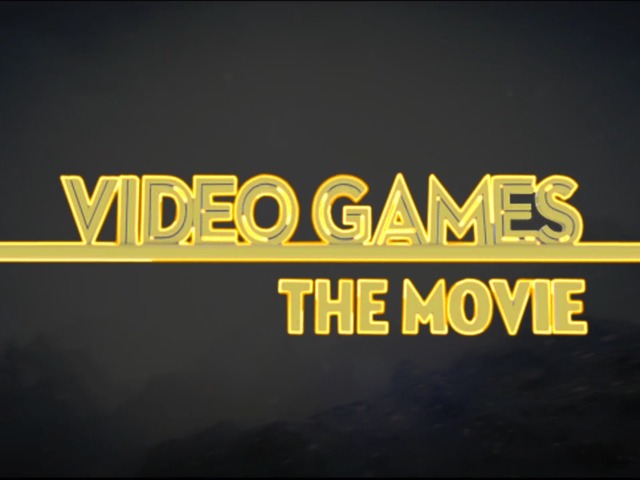 Anyway, Neversoft have sadly been largely irrelevant for several years now so this is probably only news if you’re surprised that they actually still exist. I’m really only writing this article because I thought it was cool that Neversoft and I are both twenty this year. The difference being, you know, that they’re dead now and I am still living on as an amazing torrent of beauty and passion that simply cannot be stopped.

According to the image above, they died as they lived. Slowly burning out until only the charred husk of their former glory remains. Holy hell, I am being extra sassy today. Perhaps I’m still upset that Tony Hawk’s Underground was like the dopest shit ever and then they just left me hurting when every game afterwards represented a slow decline in quality. Even thirteen year old me knew that Tony Hawk’s Proving Ground was lame.

Looks like you’ll have to wait a while longer to piss off and subsequently lose all of your friends. Crawl, the cleverly named cooperatively competitive dungeon crawler with an extreme focus on fucking over everyone who ever cared about you, has been delayed from its planned release next week due to “tax issues”, according to a post on the game’s official site. No new release date has been set. Hopefully the massively entertaining GIF (see above) that the developers made will serve as some sort of consolation prize.

For those that don’t know, Crawl is a unique multiplayer dungeon crawler supporting up to four players. The trick is that one player attempts to successfully navigate the hazards and defeat the enemies of the dungeon floor by floor as a human while the other three inhabit those very same obstacles in an attempt to kill the human player. Whichever player lands the killing blow on the human then takes his place and the cycle begins again. Frankly, if that doesn’t sound like some dope as fuck cathartic fun then I don’t know what to tell you. Perhaps you should consider reevaluating exactly who you are.

Mad props to the folks over at Deconstructeam for this decidedly dope and stylish trailer for their new game Gods Will Be Watching. I like it because it does a great job of setting the tone and whatnot without revealing too much. But, in case you wanted to know exactly what this game is, I’ll allow the video description to do my job for me:

Gods Will Be Watching is a point and click thriller about hard decisions and moral dilemmas in order to survive. A series of dramatic puzzles where both the narrative outcome and the ethical approach to the problem matter as you progress through your adventure. There’s no good or evil, just decisions, with only you as the judge of your actions. Is eating your friends the best way to stay alive, or just the easier?

The game drops on July 24th on Steam.

The annual Steam summer sale began today at noon and will purportedly continue through the 28th, with an encore event of the best deals lasting until the 30th. It’s extremely hard not to be excited by the prospect of buying stupidly large quantities of games at actually reasonable prices and then subsequently never playing them, but I pride myself on being a debbie downer. I mean, there is quite a large number of Early Access games in the top sellers page of Steam right now that, due to being in Alpha and already making boatloads of money, will probably not be discounted. Which is fine and dandy, but it just rubs me the wrong way that many of these games can be publicized as nearly complete on the front page while actually being hardly even playable, yet will likely avoid going on sale due to their incomplete nature. It’s just a weird situation, ya know?

Whatever. I gotta go buy Democracy 3 on sale right now.